FILMS MADE IN TORONTO, ONTARIO CANADA 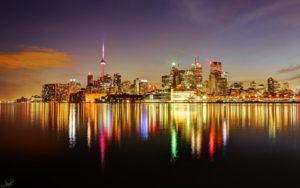 Toronto is the largest city in Ontario Canadabut did you know that it is almost like a second Hollywood? Not only have there been some films produced and recorded in Toronto, many of the movies that have American settings were situated in Canada for a more realistic appearance on film. With historical buildings, popular tourist attractions, spacious capacities, beautiful landscapes, and friendly natives that welcome these productions, films dating back all the way to 1976.

In the 1970s, film, and videos just started to emerge from black-and-white to color displays. Actors and actresses were often given characters that were not fully developed yet, as the movies of this time were all about the theatrical performance as well as the storyline, and directors did not put much emphasis on character development during this period. While there were not too many movies made during this period in Toronto, it was just the beginning of what was about to become an explosive market in years to come. The following movies were made in Toronto during the 1970s:

The television and film industry began to make its mark in Toronto, as more producers and directors were able to locate suitable grounds for production. The acceptance of the Canadian government for filming and recording sessions made Toronto a very attractive arena for exploration when producers and directors were looking for open fields, spacious landscapes and bright backgrounds that would enhance the quality of the videos. As color television became dominant during the 1980s, the equipment that was used for recording improved as well to provide for sharper images and more vibrant colors. Even though this time. Was not the best yet to come, it was pivotal and influential for the changes that had yet to emerge. The 1980s were movies of comedy that were clean, some that were scary, and drama that took you on the twist and turns that made the movies classic and the actors famous. The following films were shot in Toronto Canada during the 1980s:

Friday the 13th: The Series

The Kidnapping of the President

Three Men and a Baby

In the decade before the new millennium, the film and entertainment industry began to make noticeable changes in the production and the content that was being produced. It was during this time that producers and directors experimented with off-the-wall and abstract ideas.

Their storylines and characters began to push boundaries that will be further pushed after the turn of the century. This was the year in which the seas replanted that would lead a more liberal movements in the film industry, as many of the most famous actors of our current day started their careers in the 1990s. By taking on different and challenging roles that challenge societies views on numerous issues, actors and actresses of this time contributed to a series of movies that’s were more character driven with explosive plots. Below are the movies that were released during the 1990s that were responsible for these types of changes.

Down in the Delta

When the new millennium rolled around, so did a new social way of thinking. In the pre-social media days, the Internet emerged as a dominant force to be reckoned with, although the potential that it possessed with my fully realized until much later. The connectivity that the World Wide Web offered allows for a new way of thinking. As women fought for equal pay in acknowledgment, attention was called to many other social issues which contributed to a society of individuality and uniqueness. This translated into movies that further displayed uniqueness, as the movies that were produced during this time each pressed boundaries that others were afraid to touch. This was the time when scary movies became gruesome, and somewhat comical without really being scary. This was a time when the minorities wanted to have a voice. Therefore, they produce movies independently, with Toronto providing rich in supportive conditions that would allow low-budget films to be produced in high quality. The following movies were produced in the 2000’s:

Get Rich or Die Trying

Here, in our current decade, we have seen the most advanced movies produced, directed and shot. The exact and crispness of the filming equipment has allowed for the creation of films that are more lifelike than ever. As a result, the movies of this decade depicted real life scenarios was a hint of dramatic enhancements. These are the films shot in Toronto in the current decade.