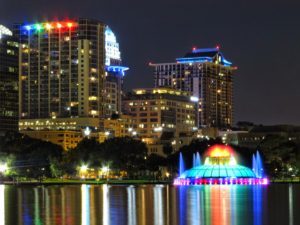 If Orlando, FL is one of America’s top tourist destination, it must have amazing places to eat, right? Well, yes it does! The choices are many, flavors ranging from normal American eats to just about any international food one wishes to try. Here are a few amazing places, in no particular order, all demanding some attention.

Norman’s – Located at the Ritz-Carlton Grande Lakes , this wonderful restaurant offers an amazing surrounding to go along with its Award-winning menu. This menu has a distinct Latin, Caribbean and Asian flavor to it, all led by Chef Norman Van Aken.

Pig Floyd’s Urban Barbakoa – Another eatery that relishes in its Latin, Caribbean and Asian flavors. Pig’s is a bbq’ers delight, mixing traditional choices with some non-traditional flavors to amazing results. It offers a sit-down vibe that immediately sets one in the mood for its scrumptious menu.

Scratch – Looking for a more intimate affair? Well then Scratch may be up your alley. This romantic spot is located in the heart of Winter Park, but positioned away from its hustle and bustle. Offering traditional and exotic selections, Scratch provides an eating experience second to none. Its vast selections of wine and beer add its intimacy.

The Ravenous Pig – An Orlando mainstay. Ravenous is one of Orlando’s only restaurants that can boast ingredients grown and raised by Florida locals. This award-wining restaurant has been in business since 2007 and has grown in popularity, so much so that they have had to relocate to larger confines.

Bull & Bear Steakhouse – Is your thing steak? Then Orlando’s version of the Bull & Bear Steakhouse is your answer. This upscale steakhouse is modeled after New York’s original Bull & Bear and does not disappoint in the least. Located inside the Waldorf Astoria and situated near everything Disney, the highlight of B & B’s menu is the Tomahawk, a gargantuan bone-in, 36-ounce beauty of a Rib Eye which is carved tableside.

K Restaurant – This amazing dining fare could be called The Jack of All Trades when it comes to menu selection. Choices can include filet mignon and duck breast but even include a mac-and cheese infused with sausage. K’s is an absolute local favorite haunt with a reputation that brings the tourists, offering an atmosphere which suits your needs.

There are only a few of Orlando’s amazing restaurants. As a major tourist destination, not only from the U.S., but all over the world, Orlando offers a treat for one’s palate in various shapes, sizes and pocketbook.