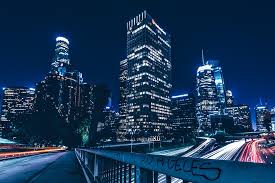 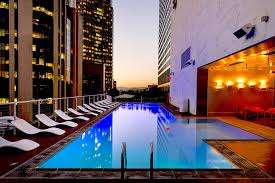 There’s an old joke told among Angelinos that the city of Los Angeles is a lot like your brain, you only ever use about 20 percent of it. And although medical science has largely debunked that idea, the truth about Los Angeles probably remains since it seems likely, for every famous landmark such as the Hollywood sign or the Bradbury Building, there are many more that you have never heard of and probably never will. The primary reason for this is that these landmarks are a reflection of the deep cultural heritage that makes this area what it is. What follows are a few of the most famous–or infamous–landmarks in Los Angeles.

3. The Pico House.  The Pico House is one of those landmarks that doesn’t usually get much attention, if only because of the structure. For its cultural and historic significance, however, it deserves a long look. If you have a nagging feeling that you have seen it before, it’s probably because its exterior plays the part of the California Bureau of Investigation on The Mentalist, but its true history is much different. The Pico House was the last home of the last Mexican governor of California, who was one of the wealthiest landowners and cattlemen in the area.

4. Fork in the Road. Who says Angelinos can’t have fun? Right in the middle of Pasadena, there is a fork in the road…literally. It’s a 6-foot-tall piece of guerilla art that appeared mysteriously in 2006 and has remained there ever since. It’s provided a lot of fun for those who live in the area as well as those who venture from far away to see it, but to this date, nobody knows who put it there, or why.