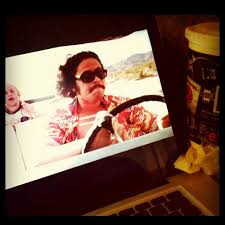 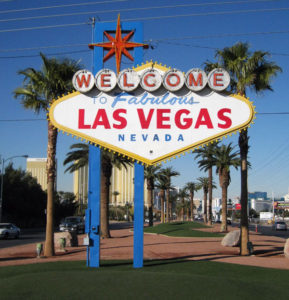 Las Vegas has been the subject of many films over the years. Everything from casino movies to gangster and crime films, comedies and even a James Bond film. Here are just a few that are known as Las Vegas themed movies.

A drug fuelled psychedelic trip as 2 friends travel to the Las Vegas desert to report a story on the mint 400-motorcycle race. Starring Johnny Depp and Benicio Del Toro, along with Tobey Macquire, Christina Ricci and Cameron Diaz.

Four friends travel to Las Vegas to celebrate their friend’s bachelor party. Waking the next morning they have no recollection of the previous night or where groom has ended up. Cameo appearance by Mike Tyson.

Chevy Chase stars in this family comedy as the father of the Griswold family, who of course takes his wife and two teenage children across country to Las Vegas.

A remake of the 1960 film of the same name, Ocean’s eleven story line is about a group of men committing one of the biggest heists in Las Vegas history. A fun filled almost comedy with a surprising twist that’s bound to entertain, Starring Brad Pitt, George Clooney and Matt Damon.

This genre might have been played out way too much, but here it goes. Four ageing friends reunite to celebrate a bachelor party for their last remaining single friends. A comedy starring Michael Douglas, Robert De Niro, Morgan Freeman and Kelvin Kline.

A rom-com starring Cameron Diaz and Ashton Kutcher. Two Strangers awaken one morning after a wild night in Vegas to find out they’ve gotten married, and one of them has won a huge jackpot by playing the others quarters.

A comedy starring Steve Carrell as veteran magician Burt Wonderstone, who is in a desperate attempt to revive his failing career after a new street magician emerges. With Steve Carrell, Jim Carrey and Steve Buscemi.

A comedy starring Nicholas Cage and Sarah Jessica Parker. Where he proposes to his girlfriend and quickly arranges a Las Vegas wedding. But before the wedding Tommy, a wealthy professional gambler played by James Caan, sees his girlfriend and her striking resemblance to his late wife and arranges a crooked poker game. When Cage loses, he is given the proposition that all his gambling debts can be erased if he is willing to allow his fiancé to spend the weekend with Tommy.

Starring Eric Bana, Drew Barrymore and Robert Duvall. About Huck Cheever (Bana) who is a regular in Vegas poker rooms, and is determined to win the entry money for a seat in the World Series of Poker Main Event. With several iconic Las Vegas hotels such as The Bellagio, Binion’s Horseshoe featured in the film.