FUN THINGS TO DO IN LAS VEGAS 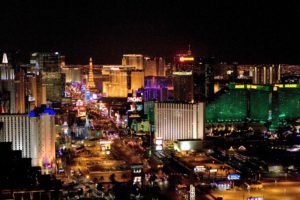 Apart from gambling, drinking and strip shows, Las Vegas, Nevada has a lot of other things to see and do. Not all of us can live the life of a high roller, so why not take a step back from the hustle and bustle of the casinos and enjoy one of the many fun things listed below.

Located at the Venetian Casino Resort on the Las Vegas strip is Madame Tussauds wax museum. Everyone from movie stars to sporting celebrities and even Marvel superheroes are featured here. Opening its doors in 1999, the Las Vegas venue was the first of its kind in the United States. With tickets starting at $17.95 for admission after 5pm, Madame Tussauds has many more pricing options and packages available.

The national museum of organized crime and law enforcement or mob museum is another must see if you’re ever in Las Vegas. Displays include the tactics and equipment used by law enforcement officers to gather evidence, arrest and convict the members of the Mob. Complete with the wall of infamy where guests can get a detailed list of 100 years of Mob figures from the United States and abroad. Don’t forget to check out the retail store at the end of the tour for some Mob Museum souvenirs.

If you’re looking for something a bit edgier, why not try Machine Gun Vegas, a shooting range that boasts one of the widest varieties of firearms in their armory. With some shooting packages available, both indoor and outdoor, you’re bound to find something to suit you. Never shot a gun before? No problem. Their friendly and professional staff is there to help you with any safety concerns. Choose from pistols, semi-automatics, shotgun or fully automatics. Shooters must be at least ten years of age, but other factors include height, weight, and maturity. At the end of the day, it’s up to the range safety officer.

Where you can learn more about the U.S.’s principal on-continent nuclear weapons testing facility in operation from 1951 to 1992 and the history of nuclear power. One exhibit is a motion-simulator, where you are given an insight into what it must have been like to be a part of one of the several hundred tests that were carried out between 1951 and 1992.

Where you can experience extreme thrill rides on the top floor of the tallest building in Las Vegas. They are the Sky Jump, Big Shot, X-Scream and Insanity. Not for the faint-of-heart or for those scared of heights.

A fun and safe indoor thrill activity. All the fun without having to go up in a plane. Great for those afraid of heights but want to experience a simulation of free falling.

If you have the opportunity while you’re there, take in the beauty of the Grand Canyon and other natural wonders with a helicopter tour and experience the awesome and majestic views nature has on offer. As well as man-made wonders such as the Hoover Dam.