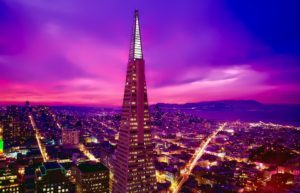 There are few areas of the city of San Francisco that evoke such a strong affiliation of the area’s maritime history or the city itself as that of Fisherman’s Wharf, a span of waterway where the first Italian fishermen often landed with their catches and sold them to buyers in the late 1800s. It is at this time that the Wharf has remained the home base of San Francisco’s fishing industry. Despite the redevelopment that has taken place since then, primarily in the 1970s and 1980s, the area remains home to a large number of fishermen and their boats.

Fishermen’s Wharf is, arguably, one of the best-known tourist attractions in the western United States. It is perhaps best known as the location of Pier 39, the San Francisco Maritime National Historical Park, Ghirardelli Square, and the Wax Museum of Fisherman’s Wharf.

If you like seafood, you are sure to enjoy yourself on Fisherman’s wharf, serving as host to stands and restaurants that serve delicious Dungeness crab, clam chowder, and other delicacies. Some of the restaurants go back several generations of the same family ownership. In fact, until several years ago, when corporate ambitions overwhelmed family efforts, many people opposed plans by several companies to open chain outlets such as Joe’s Crab Shack and Bubba Gump Shrimp Co since they didn’t cater to the family business atmosphere.

Other popular attractions that can be found on or in the vicinity of the Fisherman’s Wharf area are the USS Pampano, a retired US submarine from World War II, the Hyde Street Pier, and the Balclutha, a 19th-century cargo ship. At nearby Pier 45, there is a chapel dedicated to the memory of fishermen who have lost their lives while working the waters off of San Francisco and Northern California.

Many San Francisco events take place on fisherman’s Wharf. Among these is a world-class fireworks display held on the Fourth of July. And if you are here during Fleet Week, you won’t want to miss the display featuring the precision flying team, the Blue Angels.

One of the most popular figures in the history of Fisherman’s Wharf as well as all of San Francisco is a colorful character who lived in the 1800s, named Joshua Abraham Norton, who lived much of his life in San Francisco. Unfortunately, although he had built a considerable fortune from commodities, it is said that a serious loss of his business led him to lose his mind. As a result, the now deranged Norton proclaimed himself “Emperor of the United States” and began issuing proclamations all over the city. Whether you could call him insane or eccentric is a matter of conjecture, but to this day you can see his image on businesses across the city as a tip of the hat to this famous character.