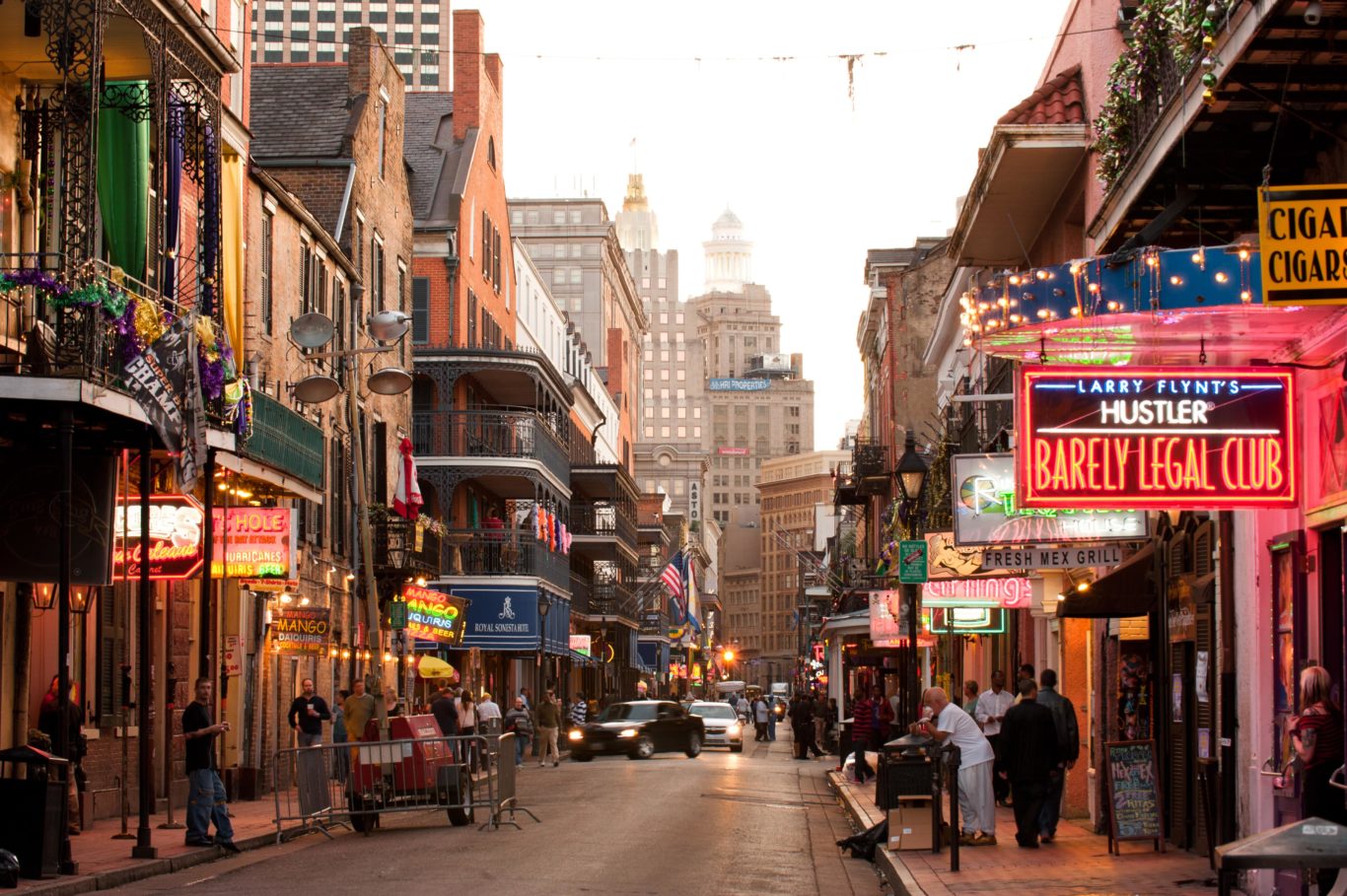 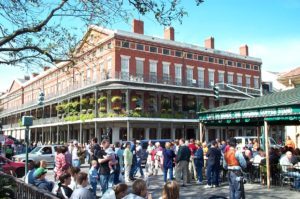 New Orleans, Louisiana has been struck by hurricanes and leveled by fires. The city wasn’t destroyed, though, because it was continuously rebuilt. Many of the defining buildings can be found in the French Quarter. However, the influences of the city’s various owners can be found all over New Orleans. Today, bars and restaurants, offices, housing and entertainment venues can be found in some of the oldest buildings in the city, once the founding fathers’ homes and government buildings.

Located in the French Quarter, St. Louis Cathedral is the third structure built on the spot. Fires and hurricanes destroyed its predecessors. Built in 1789, the cathedral is the oldest such structure in the United States. It looks more like a grand European castle than a church with its spires and towers. Behind the structure is a garden with the graves of yellow fever victims and a statue of the Christ watching over them.

Built from 1795 to 1799, the three-story building replaced one burned by the 1794 fire. Built beside the St. Louis Cathedral, the building housed the Spanish government at the time. The Louisiana Purchase was signed here. After the Spanish had vacated the premises, the building was used as a courthouse and city council meeting place. Today, the building houses art exhibits of some note, including “ The Battle of New Orleans” by Eugene Louis Lami. It depicts the final battle of the War of 1812. Portraiture, interactive exhibits, and John James Audobon’s work can be found displayed here.

Built on the other side of St. Louis Cathedral from the Cabildo, the Presbytere was built about the same time. It was destroyed in two fires and rebuilt on the site of the Capuchin monks by the Spanish. During the 1800s, the Presbytere was used as a courthouse. The mansard roof and a cupola were added in the mid-1800s. The cupola got blown away during a hurricane and was painstakingly rebuilt in 2006 to the original standards. The Mardi Gras, from its ancient beginnings and celebration to the present, is exhibited here in the form of interactive demonstrations.

As if there weren’t already enough courthouses, the Algiers Courthouse was built to replace the Duverje Plantation house. It became a plantation in 1812, the Diverges the “first family” in the area. The plantation house was typical of the area with gables, verandas running around the house and lots of arches. It had served as the courthouse from 1866 until it burned down in the 1895 fires. Its replacement, however, is often called “Romanesque”. It features towers, arches and plenty of carving. Its services are still being offered today.

The first naturalized mayor of New Orleans, James Pitot was the fourth owner of a house built in 1799. It is furnished with period pieces, its garden planted with period flowers. A portrait of Pitot’s daughter is the only personal property about the house he inhabited from 1810-1819. It shows visitors what life on the bayou was all about.